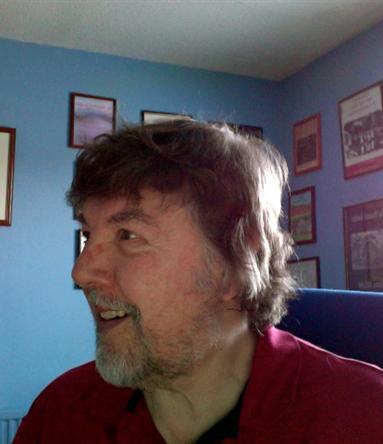 I was born in Glasgow and lived there for the first 23 years of my life. It was only much later that I discovered that both my paternal and maternal grandparents came from the Scottish Borderland where I now live.

I went to Queens Park Senior Secondary school where I was captain of the rugby team. I then went into the army and joined the Parachute Brigade.  From there I went to Glasgow University where I took a degree in Scottish History.  After leaving university, I taught in various colleges in Scotland, in Fife and Moray and latterly in the Borders.  Along the way I acquired a wife and together we produced four sons, who in turn have produced for us ten grandchildren  - so far.

Apart from historical research and writing, I played at rugby, enthusiastically rather than skilfully, for Queens Park F.P., Glenrothes and Moray.  I possibly played for a bit too long and paid for it with some back stiffness.  Nowadays I am a regular at Riverside Park to watch Jedforest and, when I follow the fortunes of Cartha Queens Park and see them when I can and meet up with my contemporary old greybeards.

In addition to the published books that are mentioned on this site, I have had a number of articles published in various magazines.  My other main interest is genealogy and to date I have identified 585 ancestors most of whom lived and died in the Border counties of Berwickshire and Roxburghshire.